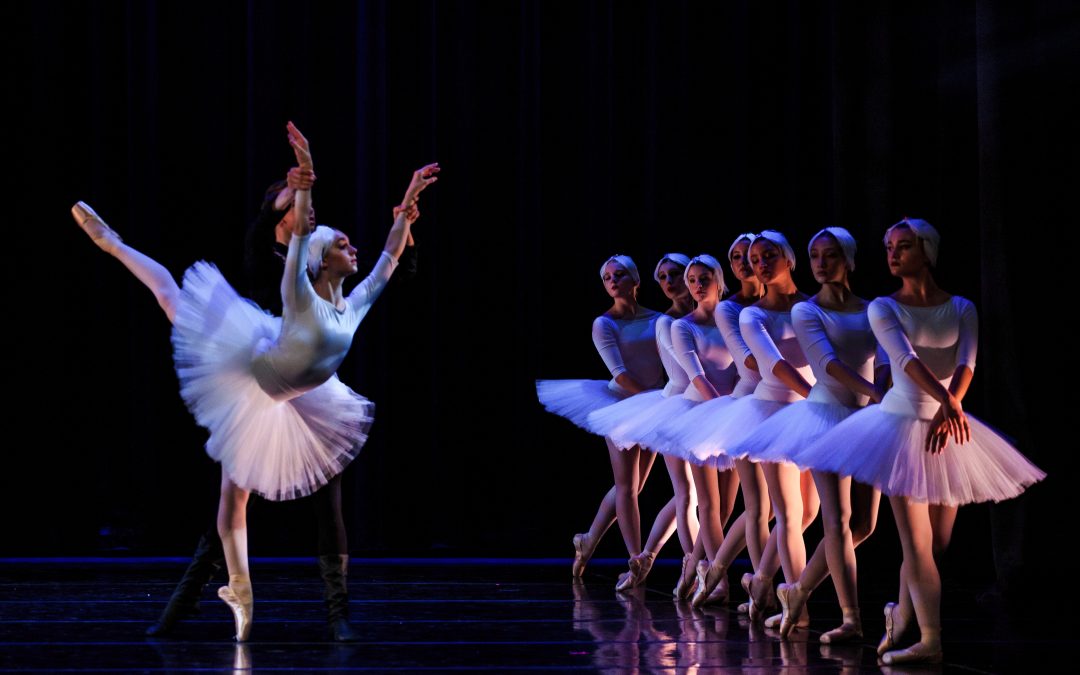 Some students are intimidated by ballet because instructors sometimes seem like they’re speaking a foreign language–because that’s just what it is! Ballet terms are French, and classical ballet instructors will use this terminology to create structure and help students memorize movements and sequences.

Below are some of the essential, must-know ballet terms for ballet students.

Allongé: “Elongated.” This is an adjective that describes poses that are stretched and elongated, like an arabesque.

Arabesque: A pose in which the dancer stands on one leg with the other leg extended straight behind in a right angle.

Arriére: “Backwards.” This indicated a move with backward movement.

Ballet Technique: This refers to a set foundation of principles and methods of movement, form, and function used in ballet.

Ballon. Ballon means “to bounce,” which refers to showing lightness and ease in jumps. Ballon describes the quality of jump, not the height.

Barre: The horizontal bar used to support dancers. Barre exercises are part of every ballet class.

Batterie: Batterie describes all steps within beats as a group.

Battement tendu: Extending your leg, brushing the leg across the floor and pointing your foot.

Devant: “In front.” Indicates a move or position in which the leg or arm is placed in front of the body.

En pointe: Ballet technique that refers to dancing on the tips of the toes, in which a ballet dancer supports all body weight on the tips of fully extended feet within pointe shoes.

Grand jete: A forward jump with a split.

Pas de deux: A dance for two people, or duet, in classical ballet.

Passé: A passing movement in which one foot passes in back or in front of the knee of the supporting leg, or one leg passes the other in the air.

Piqué turn: A pirouette where the dancer steps onto pointe or demi-pointe and raises the other leg in any position.

Pirouette: A complete turn or series of turns on one foot, usually en pointe or demi pointe.

Relevé: A movement in which the dancer starts in a demi-plié and rises up to the pointe or demi-pointe on one foot or both feet.

Rond de jambe: A circular movement of the leg with the working leg in the air or with a foot touching the floor.

Soutenu: “Sustained.” A movement in which the dancer turns in a sus-sous or en pointe in fifth position, landing on the opposite foot.

Tendu: One foot slides across the floor with toes touching the floor. Both legs remain straight as the extended leg returns to the position from which it was extended.

Variation: A solo in classical ballet