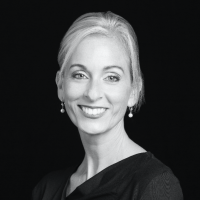 Jennie is an award-winning dancer, instructor, and choreographer. Among her awards include “Best School Award” by the Youth American Grand Prix, “Best of State” in Choreography and Youth Performing Group, and the Presidential Scholar’s Teacher Recognition Award.

As a high school senior, Jennie danced as a youth artist with Brigham Young University’s Theatre Ballet, touring the Midwest with the company before accepting a full-tuition scholarship to the University of Utah and selected as a company member of Utah Ballet under the direction of Conrad Ludlow. She danced with Utah Ballet for one semester before becoming an apprentice with Ballet West in 1990.

In 1991 Jennie was offered a corps de ballet contract with Ballet West under the direction of John Hart. From 1991-1994, she performed various roles in Nutcracker, Sleeping Beauty, Cinderella, Giselle, Billy the Kid, The Lady of the Camellias, Pulcinelle, and Vespri. She also participated in the Ballet West for Kids Program, building artistic awareness and expression in young people throughout Utah.

In 1994, she accepted a company position with Oregon Ballet Theatre under the artistic direction of James Canfield. She worked directly with James on several world premieres and with world-renowned choreographers including Paul Taylor, Donald Byrd, Bebe Miller, and Val Caniparoli.  As well as the principal roles in Swan Lake, Giselle, Copellia, and The Nutcracker.

Jennie trained continuously, studying modern, flamenco, jazz, and hip-hop, as well as classical ballet. She was a principal guest artist in Scotland at the Edinburgh Festival as Dorothy in The Wizard of Oz; the Firebird with the Utah Symphony and Opera; and as the Sugar Plum Fairy with North Star Ballet, Colorado Dance Theatre, and Twin City Ballet.

Jennie received a Bachelor of Fine Arts in 1994 and a Master of Fine Arts in 1999 from the University of Utah. She accepted an Assistant Professor of Dance at Brigham Young University (1999-2004) directing BYU Theatre Ballet. Jennie developed a comprehensive syllabus for BYU Ballet Division, choreographed 11 new world premieres, and staged classical repertoire for the resident ballet company. As artistic director she implemented a strong touring schedule through out the Midwest with her storybook ballet, Goldilocks’ Adventure, which was documented by BYUTV and reached an international audience.

Jennie was assistant choreographer for the Paralympic Opening Ceremonies in 2004. In 2005 she was selected as Mrs. Utah United States and implemented a statewide outreach program with her storybook ballet, enchanting and inspiring the imagination of elementary age students throughout Utah.

In 2007, she traveled to Washington, DC to receive the Presidential Scholar’s Teacher Recognition Award from Presidential Scholar Garrett Smith and President George W. Bush. Her choreography has won “Best of State” in 2007 and 2008. She was invited to Chair the Provo Arts Council where her insight helped develop the Covey Center of Performing Arts programing.

Jennie owned and operated Classical Ballet Academy from 2004-2014 and was the Artistic Director of Provo Civic Ballet, a non-profit youth company designed to train and inspire young artists as classical dancers. As the Artistic Director of Provo Civic Ballet she choreographed 3 full length ballets including “The Nutcracker,” “Hansel and Gretel,” “The Snow Maiden,” as well as re-staging “Giselle,” “La Bayadere,” “Swan Lake,” and “Paquita.” Classical Ballet Academy and Provo Civic Ballet won awards from Youth American Ballet Competition “Best School Award” and Utah’s “Best of State” in Choreography and Youth Performing Group. Her students have won national and international awards before the school closed in 2014.

In 2014 Jennie was hired as the Principal of the Barbara Barrington-Jones Ballet West Academy in Lehi, Utah. In collaboration with Adam Sklute, Artistic Director of Ballet West and Peter Merz, Director of Ballet West Academy, Jennie has grown the Academy from 47 students to over 500 students with the pre-professional and summer programs. She has taught every level from pre-ballet through advanced levels, developing a substantial and effective curriculum choreographing and directing performances and mentoring young dancers.

Jennie is also on staff at the University of Utah as an adjunct instructor in the College of Fine Arts instructing the freshman and sophomore ballet majors.

She is married to Steven King and she is the mother of three boys Devin, Brayden and Tait.