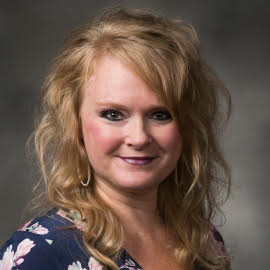 Shani is a highly experienced dance educator and performer with over 25 years of teaching, artistic direction, pedagogical research, and choreography experience. Her contemporary works have been seen at such events as the Gala Concert at the American College Dance Festival (ACDA) Northwest Region and the Utah Regional Ballet (now Utah Metropolitan Ballet), and she has been asked to perform master classes and workshops across the Western United States.

Three of Shani’s contemporary ballet works, African Winds in 2008, Concealed in 2009, and Interrupted Impulse in 2012 were given the distinct honor of being selected to be performed in the Gala Concert at the American College Dance Festival (ACDA) Northwest Region with Interrupted Impulse selected as an alternate for the ACDA national festival. Shani was also chosen as one of two professional choreographers to set a new work on Utah Regional Ballet (now Utah Metropolitan Ballet) as part of the 2010 Choreographic Design Project.

In addition to many contemporary and shorter classical works, Shani has choreographed original ballets including Romeo and Juliet (2009) and Cinderella (2011), as well as the choreographic collaborations of The Snow Queen (2012) and Alice in Wonderland (2016) for BYU Theatre Ballet, the university’s top ballet company. She has also restaged The Sleeping Beauty (2013) and Swan Lake (2014) for BYU Theatre Ballet. Shani was invited to choreograph for four BYU opera productions: La Traviata (2001), The Magic Flute (2010), The Globolinks (2011), Amahl and the Night Visitors (2011), and Hansel and Gretel(2013). She was also invited to choreograph two BYU musical theater productions: Phantom of the Opera (2013) and Wonderland (2019).  The past few years Shani was asked to set new choreographic works on the BYU Ballet Showcase Company, and directed and choreographed for the company in 2019.

Shani has been invited to teach ballet master classes and summer intensives at local area schools and/or studios such as: Ballet West/Thanksgiving Point, Lifehouse Performing Arts Academy, Hot Shots Dance Studio, the Dance Club, BYU (ballet and contemporary intensives), Rocky Mountain Ballet and for the Utah High School Dance Festival. She has also taught a number of master classes/workshops regionally and throughout the western United States in Montana, Arizona, Idaho, California, Nevada, and Washington. Additionally, she has taught ballet classes at the American College Dance Association Festival/NW Region (University of Utah and Utah Valley University) and at the Regional Dance America/NW Festival in Spokane, Washington. Shani has been an invited adjudicator for Central Utah’s Sterling Scholar Competition in 2020, Ballet West’s Youth America Grand Prix selection process, and the Utah High School Dance Festival. Shani is certified in Progressing Ballet Technique and has completed the teacher’s workshop at the Central Pennsylvania Ballet School. She is currently working on completing her Stott Pilates Mat and Reformer training certifications.

Shani is a professional member of NDEO and UDEO and has been a member of CORPS de Ballet International since 2001, serving in elected board officer positions of Treasurer, President Elect, President and Past President.