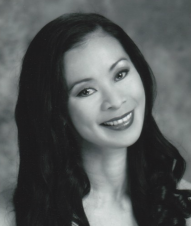 Maricar Drilon was born in the Philippines and received her early training from her mother, Mercedes L. Drilon. She continued her training with Ballet Philippines (formerly CCP Dance Company), under the direction of Alice Reyes. She joined the company in 1979 and was promoted to Principal Dancer at the age 18, performing principal roles such as Juliet in Alice Reyes’ choreography of “Romeo and Juliet,” Margo Sappington’s “Rodin Mis En Vie,” Sugar Plum Fairy and Snow Queen in “The Nutcracker,” “Cinderella,” “Raymonda,” “Swan Lake,” “The Voyages of Odysseus,” “Don Quixote,” among others. She performed internationally with Ballet Philippines in Russia, Greece, Germany, France, Singapore, Malaysia, Taiwan, and Hong Kong, as well as in the Ballet Philippines’ National Tour.

She attended University of the Philippines majoring in Theater Arts while pursuing her dance career with Ballet Philippines.

In 1984, Maricar joined Ballet West under the direction of Bruce Marks and was promoted to first soloist. She performed soloist roles in Mr. Christensen’s “The Nutcracker,” Andre Prokovsky’s “ Vespri,” and “Sleeping Beauty” to mention a few.

Maricar moved to Oregon in 1987 and joined Eugene Ballet as a principal dancer, under the direction of Toni Pimble. She danced principal roles in “The Nutcracker,” “Giselle,” “Romeo and Juliet,” “Cinderella,” “A Midsummer Night’s Dream,” “Bolero,” “Silent Movie,” “Children of the Raven,” and “Petrushka.” She then moved to Long Beach, California and joined L A Classical Ballet as a soloist, under the direction of David Wilcox, and performed soloist roles in “The Nutcracker,” “A Midsummer Night’s Dream,” “Coppelia,” “Harlequinade,” “Aymara,” and “Ravelesque.”

She returned to the Pacific Northwest in 1993 and joined Oregon Ballet Theatre, under the direction of James Canfield and performed the principal role of Clara in the world premiere of Mr. Canfield’s “The Nutcracker,” Bebe Miller’s “A Certain Depth of Heart…Also Love,” Karole Armitage’s “Poised At the Edge of Chaos.” She stayed with Oregon Ballet Theatre till the birth of her son, Derek.

In June of 2018, Maricar relocated back to Utah after accepting the position of Academy Principal  for the Barbara Barrington Jones Family Foundation Ballet West Academy at Thanksgiving Point, until June of 2020.

Maricar is also a certified instructor in Pilates, Gyrotonic® and most recently in Progressing Ballet Technique.

This is her first season working with Central Utah Ballet, teaching private sessions in Pilates,  Gyrotonic® , as well as teaching Ballet classes. She is also a faculty member at Barlow Arts Conservatory of Dance.